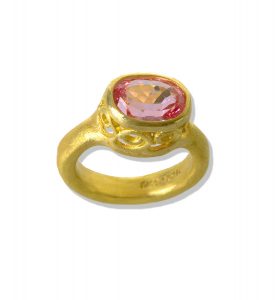 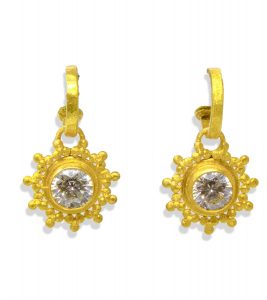 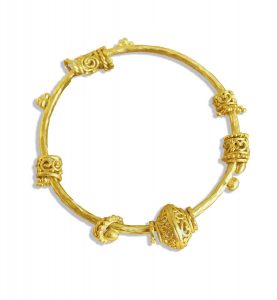 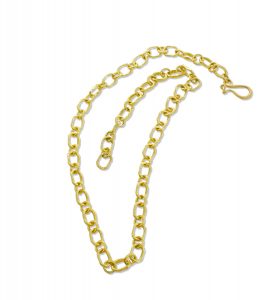 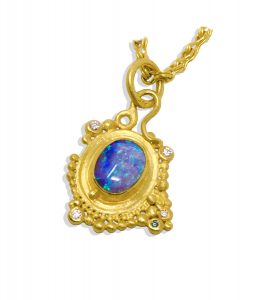 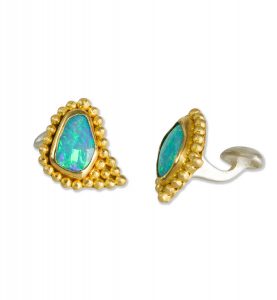 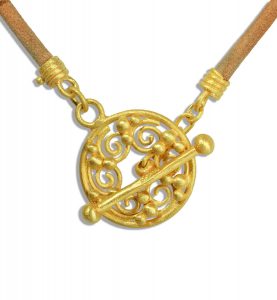 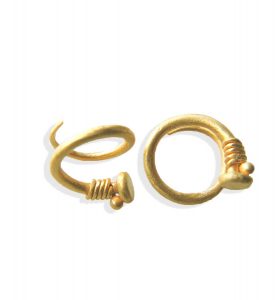 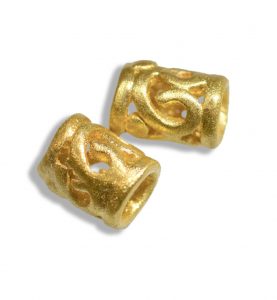 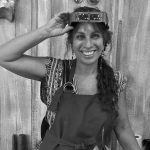 Sherri Dhyan first majored in metal arts at the Parsons School of Design in New York City.  Beginning her art career as bench jeweler on 47th street in the jewelry district of New York City, for the Gloria Vanderbilt jewelry line.  Disillusioned with the commercial jewelry industry, Sherri pursed her career as an artist by taking on various types of jobs  in art related fields: assistant graphic designer for an advertising firm, illustrator for cartoon style maps and  temporary tattoo artist in several nightclubs in New York City during the 80’s while assisting goldsmith Steven Verbel of Brooklyn, NY and continuing her jewelry education in a school specializing in ancient jewelry metalsmithing “Jewelry Arts Institute”.   Training directly under Bessie Jamieson and later Myron Bikakis.

At the end of 1989 Sherri moved to Tokyo, Japan for 4 years.  Her focus shifted to fine arts, where she found a voice as a socially engaged artist. Exhibiting in several galleries of The Ginza, in Tokyo and creating art installations on the streets of Tokyo.  Returning to NYC in 1994 and back to her studio on Varick Street, Sherri continued her installations on the streets of New York.  Collaborating with other artists in a partially abandoned warehouse space, where they created art performances and interactive exhibitions. She also had her first  Solo exhibition in the States at the “Kiki Gallery “ in Soho, NYC.  A year later she joined the casts of actors in a film called “Milk”  directed and written by artist Edgar Honetschlager.   “Milk” which was filmed in both Tokyo and New York City and was showcased in 1996 at the Documenta X, Griffin Contemporary Exhibitions of Los Angeles, CA and Art Basel.

Maintaining a personal love and desire for ancient jewelry, Sherri continued her passion creating pieces for herself, friends and family.  This snowballed into a part time business. She established  herself in  “Master Touch Gallery” in the small town of Makawao on the island of Maui in 1996. Falling in love with Hawaii, Sherri moved to Maui, a few months later.  Within a year  Sherri opened her own gallery and sculpture garden in a “funky little” plantation style building in Keokea, upcountry Maui.  From the Slopes of Haleakala to the beach town of Paia, Studio22k was established in 2013 a showcase for Sherri’s jewelry and that of like minded goldsmiths.

Painting and sculpture continue to be a large part of Sherri’s life in her private studio in Kula.   “Glimpse”, her current painting series and book was inspired by her Near-Death Experience while living in Keokea.

Visit her other site here: SherriDhyan.com