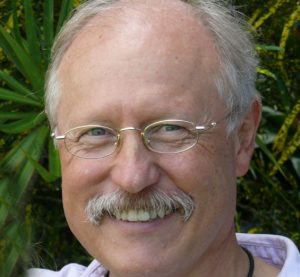 Thomas Fistler (made on Maui)

Born and raised in Berlin, Germany, trained in the rigorous, diverse tradition of European goldsmiths, in which jewelry is fabricated from “scratch” (with sheet and wire) versus the free form wax casting predominant in the United States today. Drawing inspiration from the rich cultural background of Europe, he became especially interested in traditional chain making and has developed his own style, working in high carat gold and platinum.

Thomas already acquired basic metal working skills in high school. But after graduating from college he first studied classical guitar, finishing with a master degree from Berlin University of Arts. During his studies, he met his future wife Christina, who was studying Social Anthropology at that time. With a shared enthusiasm for music they both became very interested in guitar making and started to make their own instruments.
Inspired by the ornamentation on instruments, the artists’ next venture was to fashion jewelry from exotic woods and fine silver.  While still living in Germany Thomas apprenticed with a master goldsmith and learned the jewelry making techniques to start his own career as a goldsmith.

Thomas and Christina have called Maui home since 1997, where they both work from their Upcountry studio along the slopes of Haleakala. Immersed in Hawaii’s natural environment, their jewelry integrates the elements and rhythms of nature while remaining true to the artist’s’ reverence for detail, precision, and simplicity.